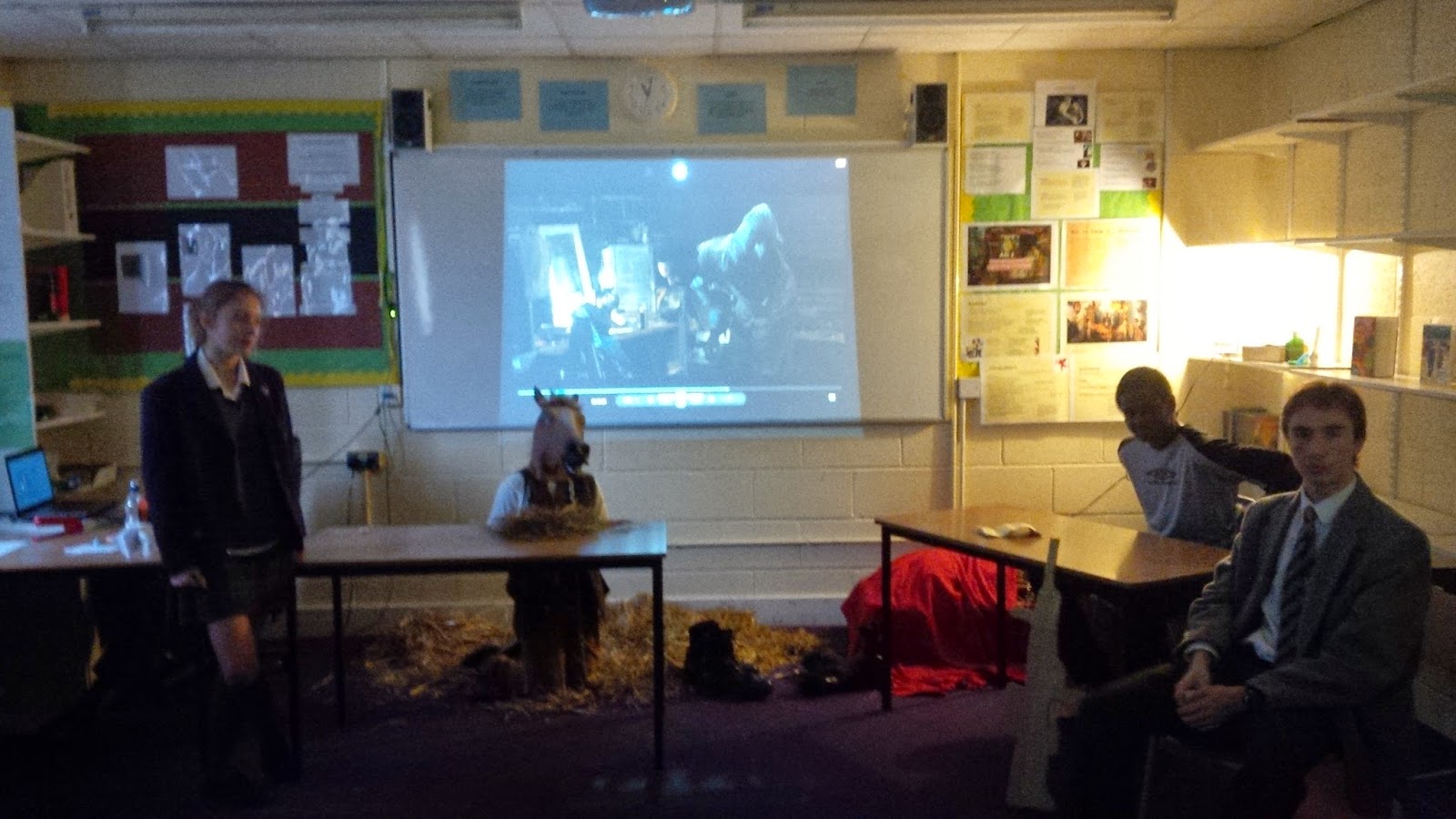 Saturday`s Open Day brought together dramatic talents within Year 11 who created and produced their own adaptation of Crooks` Room from their pivotal GCSE text Of Mice and Men, by John Steinbeck. The description of the stable buck`s room was read with considerable accomplishment by Daniel Baquero Blucher (seated right), accompanied by Lola de Gorter (standing left) interspersing her own commentary on the text.

Naya Armour animated one of the stable buck`s horses with Bob Ejor taking a turn of one of several students who acted out Crooks` role. A stilled scene from the recent John Malkovich inspired film version of the text was projected behind the stage whilst bales of hay and straw, alongside Crooks` various day to day accoutrements,completed the effect.

The presentation was subsequently acted out in school for all classes who are or will shortly be studying the text.
English Year 11