The Importance of Being Earnest

By Admin - May 05, 2015
Last week, one of our teachers at WIS starred in an Oscar Wilde play - The Importance of Being Earnest. A production by Wootton Country Players, our very own Mr Johnson performed in the role of John Worthing, a witty, upper-class Victorian.

The play, greatly humorous and cleverly written, was entertainingly performed. The costumes were well suited to the Victorian era, and the set was inventive; although only an amateur production, everything was of a high quality. 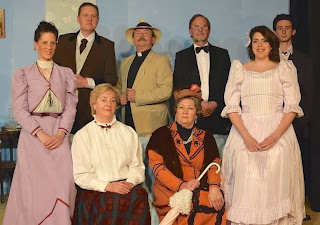 A ‘Trivial Comedy for Serious People’, Mr Johnson performed his role with utter professionalism and succeeded in making the whole audience laugh, from the youngest children to the most mature spectators. We certainly found him to be an immensely amusing character.

As two students who have read and appreciated the text, we thoroughly enjoyed this theatrical production of the play. It was highly useful in bringing the characters to life and gaining a better understanding of their deeper personalities.

We hope to see you all at Mr Johnson`s next production!