Great Spirit from The Webber Year 5 and 6 Basketball Team 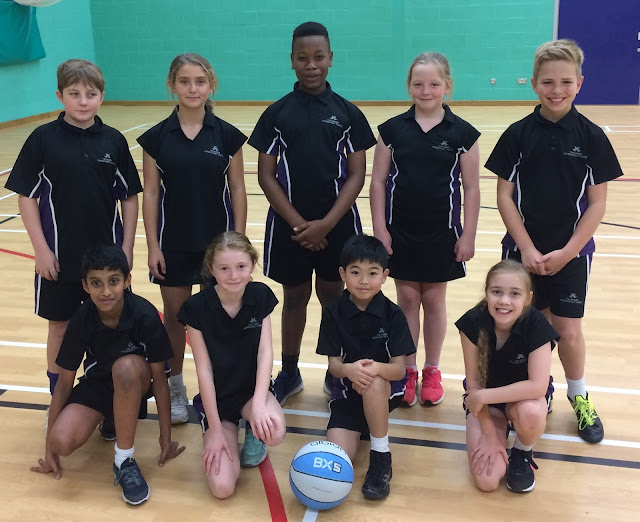 Our Year 5 and 6 Basketball team took part in the MK Sports Partnership Basketball Tournament on Thursday 10th November. Our rising stars had trained hard and were eager to put their skills and teamwork into practise, it wasn't long before they put Two Mile Ash, Orchard Academy and St John's through their paces.

In the first match our players showed Two Mile Ash their might with an early score and good attacking skills. Two Mile Ash responded immediately after half-time securing their first point, everyone thought it would be a well-played draw but Webber showed their fighting spirit and provided an exciting end to the match, scoring in the last 15 seconds to secure a win of 6-4.

Up next was a challenging match against Orchard Academy, who dominated both possession and shooting. Webber defended well and kept the competition from scoring in the first-half, the match ended 2-2 - a reflection of two teams that put tremendous effort into their game.

The final match was an extremely tough match played against a very strong St John's School, who scored early in the match and kept the pressure on throughout the game. Webber defended and attacked admirably but they were unable to stop the competition from a succession of quick fire goals that saw St John's win 10-4.

Well done to our high spirited team, you played hard and should be proud of your match results with one draw, one loss and one win, placing 5th overall in the tournament. Well done!