Nail Biting Match for our Years 7, 8 and 9 Against MK Academy 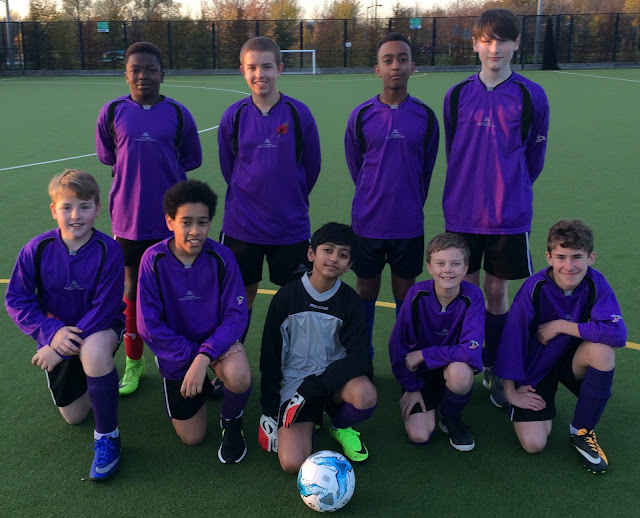 The team had trained hard in their own time to prepare for the match, a tactic that helped Webber start the match strong and on the attack. The first half was tense, each team played well and were presented with opportunities to score. MK Academy steamed ahead and secured three goals in the last 15 minutes of the first half.

The second half of play was just as nail biting with Webber and MK Academy going head to head fighting it out to maintain control of the ball. Our boys showed grit and spirit, never giving in, unfortunately their hard work and team efforts didn't result in any points this time and MK Academy secured a
win of 6-0.

Every member of the team played to their potential and did a great job at representing the School, which made it impossible to pick a player of the match.

Well done all - you should be proud of your performance.

Finally, a massive thank you to all the parents that provided cheer and encouragement - the boys and I really appreciated it.