No Stopping the Winning Streak of the U14 Netball Team. 17-6 win against Radcliffe 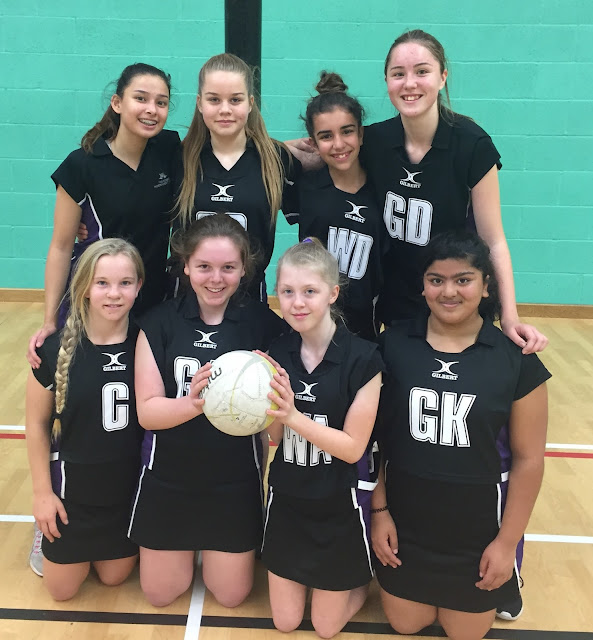 
On Thursday 23rd November, the U14 Netball team played in their last league game of the term against Radcliffe. It was a nail biting start with Webber scoring the first goal and Radcliffe responding immediately. Webber scored again, as did Radcliffe and the first quarter finished 3-2 to us. After a brief team talk, Webber went into the second quarter with their fighting spirit and stepped up their game play. Determination and competitiveness shone through and some fantastic interceptions in the centre third enabled us to secure four more goals. Radcliffe also fought hard and managed to score 2 more goals taking the score to 7-4.
It was our toughest game yet and Webber responded to the pressure admirably, never giving up and rising to the challenge. The team played some incredible netball in the third quarter, with our star shooters on top form yet again. Our defending was also strong and we prevented Radcliffe from scoring, which enabled us to take a comfortable lead of 12-4. The girls didn’t stop there and between Sophie and Sam they scored another five in the final quarter with a final score of 17-6. A special mention must go to Jaydie for her phenomenal speed around the court, which helped us to regain possession on numerous occasions.
A massive well done to the team, not just today but over the whole term. Each and every one of you has made me so proud and I am honoured to have such a talented group of girls to work with. I look forward to our next league game and tournaments next term.
Girls in Sport Netball Sport Year 7 Year 8
Location: Soskin Dr, Stantonbury, Milton Keynes MK14 6TA, UK