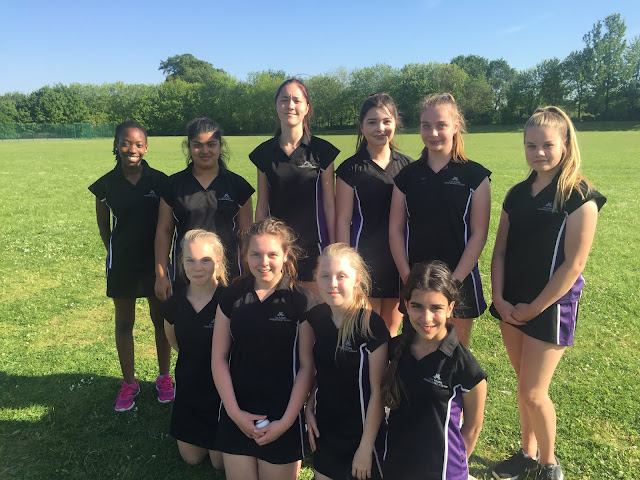 Our Year 8/9 rounders team took part in an away match on Tuesday evening against Walton High and Denbigh in triangular rounders.


The sun was shining, which put the girls in good spirits, and Lisa scored a rounder in the first bat of the game against Walton High. The team showed confidence and displayed some amazing batting skills, scoring seven rounders in the first innings! The girl's fielding was strong, which prevented Walton High from scoring more than two and a half rounders.

Our second game was against Denbigh, and although our batting was not quite as strong, the girls made up for it during fielding and managed to get six players out, showcasing some fantastic tactics and teamwork. They managed to secure a two rounders win and were crowned overall champions.